Savouries. Most of them. The pastries haven’t all made it onto the table yet…

Just desserts. But not the sfoof, which I initially forgot to put on the table.

Fortunately, I have lovely scientists who are entirely willing to help out by demolishing sfoof and serpent cake in record time.  Equally fortunately, I have guests coming for dinner tonight, who will, I’m sure, enjoy a dessert that consists of strange rosy jelly, mixed berries, whipped cream and meringues. Who wouldn’t?

Meringues with strawberries and cream; fig sweetmeats (back)

And the stuffed brandied dates and fig and apricot sweetmeats will keep, as will the fruit and nuts and the dips, and those marinated vegetables which didn’t make it into last night’s pasta bake. Lunch today is little spinach pastries, tabouli, eggplant with yoghurt and tomato sauce, and a chocolate, apricot and rosemary cupcake. Oh, how we suffer! 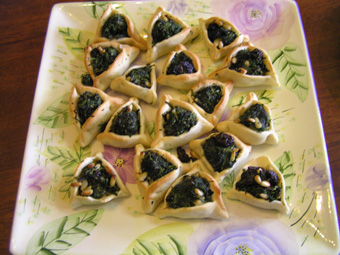 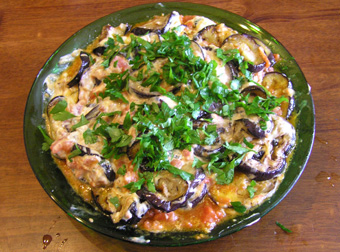 Eggplant with tomato and yoghurt sauce. I have to write down the recipe for this one, because it really came together beautifully.

The play itself was… ordinary.  Apparently Shakespeare only wrote the last three Acts, which was about the point when the play developed recurring characters and an ongoing plot, as well as a lot more really filthy innuendo.  Fletcher just doesn’t have the same feel.

Also, there is Gower, a medieval poet who gets to be the narrator of the play.  This was fairly funny on two counts – we’d just been talking about Chaucer’s Blog and his abiding hatred of Gower, so having Gower turn up in the play and being at least as bad a poet as Chaucer claims was fairly entertaining.

Then, there was the fact that most of Gower’s speeches sounded like they were written by Doctor Seuss.  I made a spirited attempt to get H to sing them to Gilbert and Sullivan tunes or Twinkle Twinkle Little Star rather than reading them, but was unsuccessful.

Unfortunately, we couldn’t resist doing Dr Seuss versions of some of his speeches, though…

“Would you put her in a box?
Would you feed her to a fox?
Would you throw her in the sea?
And embalm her spicily?”
“I do not like this silly boat!
It’s going to sink!  It will not float!” 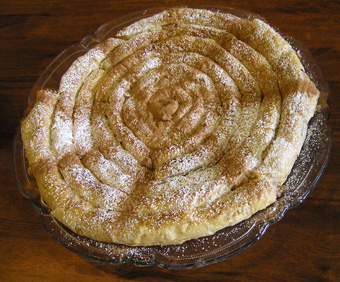 I bake a flaky snake cake…

What was fun was figuring out which people hadn’t read the play in advance.  Pericles loses his wife in childbirth at sea, and puts her into a casket and floats it off toward shore. “But I still have two more scenes!” she cries as she floats away. Well, there is a reason Shakespeare (or Fletcher, as it may be) kept going on about how incredibly well-sealed that casket was.  Wives never really die in Shakespeare comedies and romances – or not permanently, anyway. 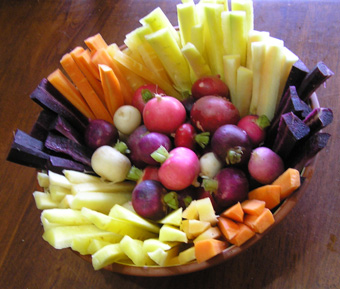 The daughter gets kidnapped by pirates, and Pericles thinks she is dead and goes into paroxysms of grief (despite not having seen her since she was born more than 14 years ago).  So then he turns up in Mytilene and everyone says “You really should go talk to this lovely girl who lives here who is just beautiful and incidentally looks a lot like your ex-wife.”

Did I mention there was a lot of food?

The rest of the Shakespeare reading group cringes in anticipation of another incest plot, while Andrew and I try to keep straight faces because for once the play didn’t go there, and actually is working its way around to a happy ending.

I do sort of like Marina though – I mean, the whole bit about her being so indestructibly virtuous that she converts all the brothel patrons to chastity is a little unlikely, but I like the way that she then turns around and says “Well, if you really want to make money from me, I can teach singing and embroidery…”.  So much more sensible than taking a drug that makes you look as though you are dead (and allows people to either decide you really are dead and kill themselves, or to substitute the drug for something that really will kill you).  And at least Pericles is reasonably intelligent and well intentioned.  Though given the number of times he barely escapes from his life during shipwrecks and storms at sea, you’d think he’d stop travelling around on boats and settle down to rule his kingdom or something.

Also, I don’t understand how Thaisa can be (in the Temple of Diana) sufficiently aware of the outside world to know that her father died, but apparently unaware that her husband is alive and well and King of Tyre.  You’d think that in fifteen years, the news would travel.  And that she would try to contact him.  It makes no sense to me.

Apparently, I have no trouble suspending disbelief when it comes to miraculous resurrections, divine interventions, surprise reunions and the aforementioned maiden-so-virtuous-she-converts-brothel-patrons (these sort of things could happen to anyone).  But a failure of communication like this is illogical and just silly, and I can’t accept it.  Sorry, Messrs. Shakespeare and Fletcher, but I think you dropped the ball on this one.  If you’d put Thaisa somewhere a bit more isolated, that would be one thing (though why on earth did she never try to return either to the home of her parents or that of her husband?  Why?), but this is just keeping her out of the way for the sake of the plot, and that’s just cheating. 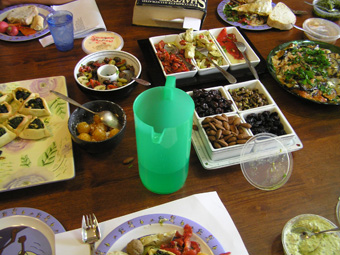